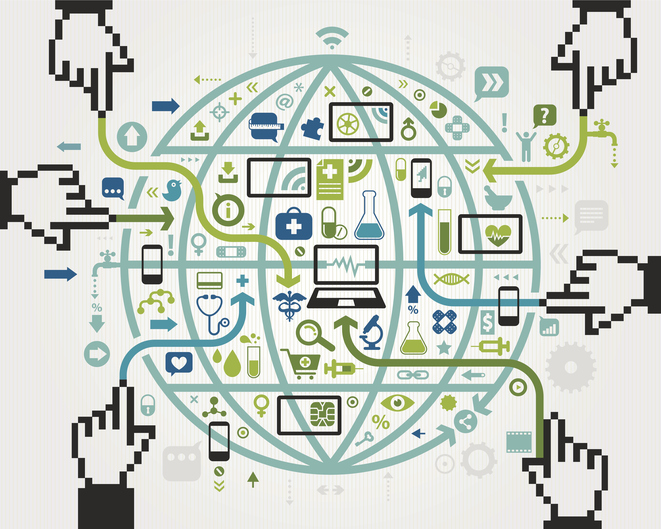 As part of our focus to highlight the confluence of healthcare and legal news, we are featuring interviews with inside counsel at life sciences and other healthcare companies. The first of these interviews features Erich Drotleff, senior counsel for Availity. As the nation’s largest health information network connecting health plans, providers and patients, Availity facilitates over 4 billion clinical, administrative, and financial transactions annually.

At Availity, Drotleff is responsible for negotiating profitable agreements, promoting company growth and profitability, minimizing business risk, ensuring legal compliance, and managing non-lawyer staff. In a phone interview with MedCity News, he weighed in on the role of data-sharing in public health, his path to an in-house role, and the benefits of bonsai gardening.

(This interview has been edited for length and clarity.) 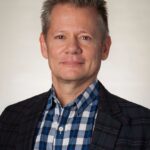 What is the most crucial issue facing health and life sciences lawyers, today, and how would you go about addressing it?

I would have to say information-sharing.

There is so much regulation on data rights, ownership, privacy, and protection that I don’t think we will be able to tap into revolutionary healthcare advancements, such as advanced data analytics using AI and machine learning, until healthcare data can be shared universally.

I know there are serious concerns centered around data privacy and its use that raise many ethical issues. And let us not forget about how truly valuable healthcare data is to hackers; the healthcare sector is one of the largest industries with nonstop data breaches. But for healthcare outcomes to truly advance, we need to have the ability to build a national “data lake” based on inputs from all  stakeholders.

Although the prior administration took steps to lower information blocking, it is still woefully inadequate in providing a meaningful use of and access to necessary healthcare data. Despite the changes initiated by ONC and CMS, too many roadblocks still exist.

The FDA just held a meeting to discuss how to manage data in the development of artificial intelligence for medical devices, and the fact is that you can’t develop anything if everyone’s going to be holding onto their data and saying: “You can’t do anything with it unless it falls within these exact three enumerations under this contract.”

I get that perspective from a company-protection standpoint. And then I get the ethical dilemma from a patient’s perspective — “it’s not your data, it’s my data, it’s about me and my body.” But we need to address it. There’s a lot of discussions around what to do but no solutions, yet. Until we solve this issue there is so much health innovation that’s just going to remain untapped.

What legal industry trends have had the greatest impact on your practice?

When the market crashed in 2008, I was a first-year associate in a small firm. I knew I wanted to go in-house while I started contemplating going to law school and becoming a lawyer as a second career.

However, I didn’t know if many in-house counsel positions were available for someone such as myself, given my prior career as a health plan contracts negotiator.

The 2008 market crash really shook up the legal industry. At law firms, second- and third- to fifth-year associate blood-letting was at an all-time high. Unemployed BigLaw associates were everywhere.

More and more companies were taking their legal work in-house and outsourced less and less once they realized how much they could save for the bottom line by bringing on full-time in-house counsel.

So I guess my first career non-legal work experience combined with a law degree and law firm experience was attractive to many employers seeking to bolster their legal department headcount.

What COVID-19-related change do you think will most impact health and life sciences legal practice, moving forward?

I think telemedicine and remote patient monitoring will continue to grow in both interest and popularity.

But as a result, a significant number of issues will arise. Patient confidentiality, data privacy and data rights, an increase in both use and development of apps, consumer-driven healthcare, and healthcare concierge services. And of course the issue of medical licensing issues across jurisdictions — which state’s medical licensing laws apply?

What is your proudest legal accomplishment (that you’re allowed to talk about)?

I would say my biggest accomplishment since graduating from law school and becoming an attorney was passing the California State Bar the first time!

But as far as during my working career, I took a position in the fall of 2014 at a newly acquired healthcare entity whose parent company had no healthcare legal leadership. My biggest success story was being a one-man legal department and building out the subsidiary so it was aligned with the parent company’s business rules while also making sure the organization was running consistently with necessary healthcare regulations.

They needed a good healthcare attorney with business acumen that understood the landscape as it applied to the healthcare industry, and I was proud to be that person.

What do you wish you could teach your younger self about health and life sciences law, before you went in-house?

That question is a bit difficult to answer since I knew from the moment that I decided to commit to prepping for applying to law school that I wanted to be an in-house counsel and bypass the law firm track.

Unfortunately, most in-house positions require some law firm experience in order to have a well-rounded in-house candidate. So I would tell my younger self to be patient and just realize that all good things take time. Even if that means working at a law firm first before getting that first in-house position.

Having spent years as a health plan contracts manager, what I learned from working at a firm was a better perspective of balancing and managing business risk.

In BigLaw practice, you do everything to ensure your client has slim-to-no risk when they enter into a transaction, but if you continue with that mentality as in-house counsel, you’ll bring the company to a screeching halt. Working at a firm, I developed that necessary understanding that every transaction has a certain risk and applied that to my existing business experience to astutely quantify that risk, evaluate the danger, and advise leadership on the path forward.

There are few business situations that are simply an obvious yes or no, from a risk analysis perspective.

In-between, you can have high return and a high level of risk but low likelihood of a bad outcome. In these cases, you can balance those perspectives and move forward having the ability to tell the organization yes, this does carry a risk, and yes, repercussions could be significant, but the likelihood of it occurring is low.

In my prior career, risk wasn’t on my radar — my marching orders were to negotiate the contracts, close the deals, and move on.

My experience in BigLaw gave me the perspective: “Oh, if this happens, the resulting outcome could be severe.” Most traditional BigLaw attorneys are very risk-averse and carry that mentality into the organization as their in-house counsel.

Historically, an organization’s legal department was often called the “Department of No.” Sometimes they get a bad rap, but I think that’s evolving.

If you could snap your fingers and have the general public understand one thing about health and life sciences, what would it be?

It would have to be for people to understand when they say “don’t let the government take over my healthcare,” that while the two largest health plans in the United States are Medicare and Medicaid, these government programs are administered by private health plans such as Humana, Anthem and United. So when I hear people say they don’t want a nationalized single payer, government-run health system, I have to laugh. Little do they know how Medicare and Medicaid are run.

What three titles would be on your Zoom bookshelf if you were interviewed by CNN?

The three titles would be: “Tribal Leadership” by Dave Logan and John King, Philip Roth’s “The Plot Against America,” and “Cultivating and Growing Bonsai,” because I am a gardener and find it incredibly therapeutic.

“The Plot Against America” was adapted into a miniseries on HBO, but I read the book first and it had a tremendous impact on me. It’s fiction but pulls on a lot of events that occurred in the 1940s regarding the Jews being persecuted.

In the novel, Charles Lindbergh defeats FDR and serves as the henchman to protect the U.S. from Germany during the 1930s and ’40s. With what’s been going on these past four years, with how the administration allowed white supremacists to get a free pass, it’s an interesting analogy to read this fiction based on real-life events and see how it unfolded.

Bonsai falls in with my passion for gardening and plants; you’ve just got to have the space to keep them outside. If I hadn’t become a lawyer, I would have probably become the owner and operator of a small café, bookstore, garden shop and nursery.