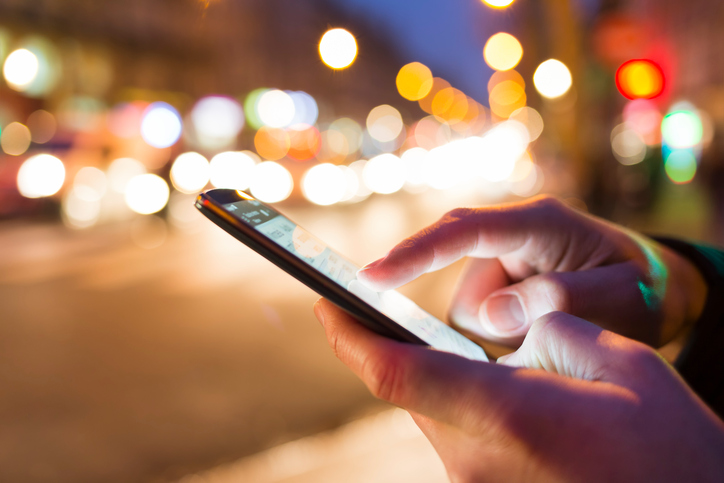 In the near future that AstraZeneca envisions, many patients suffering from chronic conditions will leave the hospital with prescriptions for two different products that work in tandem. One will be for the drug that treats the disease. The other will be for digital technology that tells clinicians whether the drug is taken as prescribed, any side effects it causes, and whether a patient is improving or declining.

For years, it was hard for clinicians to get those insights because most of what needs to be measured about how a drug is working happens after patients leave the hospital, said Karan Arora, chief commercial digital officer for global vice president for AstraZeneca.

“There’s a massive data gap,” he said. “When you’re discharged, the clinician has no clue how to manage your health.”

AstraZeneca aims to fill in those gaps with digital technology. The company’s new technology platform, Amaze, captures patient data and provides updates to clinicians. Algorithms applied to the data give insight about a patient’s condition and whether a drug or other aspect of care needs to be adjusted.

Cambridge, U.K.-based AstraZeneca launched Amaze last fall. Arora said that the pharmaceutical giant could have built the platform entirely in-house. But the company instead turned to a cloud-based platform from BrightInsight, a company that provides the basic cloud-based infrastructure with prebuilt function that companies can use to develop their digital technologies. While there are similar options from large, established technology companies, none comply with the regulatory, privacy, and security requirements required of healthcare technologies, Arora said. He added that prebuilt functions within the BrightInsight platform enabled AstraZeneca to develop Amaze faster than it could have on its own, saving the company the time and effort of starting completely from scratch.

BrightInsight is led by CEO and co-founder Kal Patel, who earlier in his career led digital health strategy at Amgen. Some of that work included bringing digital connectivity to the injection pen that administers autoimmune drug Enbrel. Building new digital offerings requires a company to invest time and resources to build out the infrastructure to support those offerings, Patel said. He and BrightInsight’s co-founders realized there was a need for a platform that gives pharmaceutical and medical technology companies a regulatory-compliant starting point. BrightInsight already has a device master file that has been accepted by the FDA. When companies submit their technologies for FDA review, that master file becomes part of their filings.

“Folks are building their innovation on top of our infrastructure,” Patel said.

BrightInsight last raised money last summer, a $40 million Series B round of financing. Patel said that the company is well funded but is always looking for ways to accelerate its growth. Besides AstraZeneca, BrightInsight’s publicly disclosed users include CSL Behring, Novo Nordisk, and Roche.

With Amaze, AstraZeneca joins a growing number of companies bringing new digital capabilities into patients’ homes. Health IT company Redox markets a remote patient monitoring system called MED·PRO CARE. Startup Biofourmis, which is working with Novartis in an alliance focused on the drug giant’s heart failure drug Entresto, has commercialized technology that tracks how patients fare while they are taking prescribed medication.

Amaze isn’t tied to any particular AstraZeneca drug. The software-as-a-service offering is designed for managing chronic conditions and could work with any drug treating those diseases, Arora said. The initial disease focus is asthma and heart failure but Arora said AstraZeneca plans is to expand it to kidney disorders, chronic obstructive pulmonary disease, and diabetes.

To a patient, Amaze is smartphone app. Data are captured from patient logs and questionnaires. Some patients have several chronic disorders but that won’t require Amaze users to work with multiple apps. To keep things simple and easy for patients to use, one app works with multiple diseases, Arora said. He added that the formularies that list the products covered by an insurer have started to open to digital products. He expects Amaze will join them as a digital therapeutic or digital intervention product, permitting patients to seek reimbursement.

For clinicians, Amaze is designed to slide seamlessly into electronic medical record software without requiring users to open another app or web page, Arora said. Amaze gives clinicians the ability to set up rules that will flag them if something about a patient’s condition warrants a closer look. The technology also enables two-way communication between clinicians and patients, via secure messaging or teleconsulting.

AstraZeneca is making Amaze available via its connections with healthcare providers. As use of the platform grows, Arora said the company can either maintain a dedicated Amaze marketing team or outsource that work to digital company that will sell the technology on the pharma giant’s behalf. Either way, Arora said AstraZeneca believes digital technologies for drug and chronic disease management are here to stay.

“Given the pandemic, you can imagine patients are showing up less at the hospital,” he said. “And post discharge, patients are trying to manage their conditions at home. You’re going to see digital become more the standard of care.”