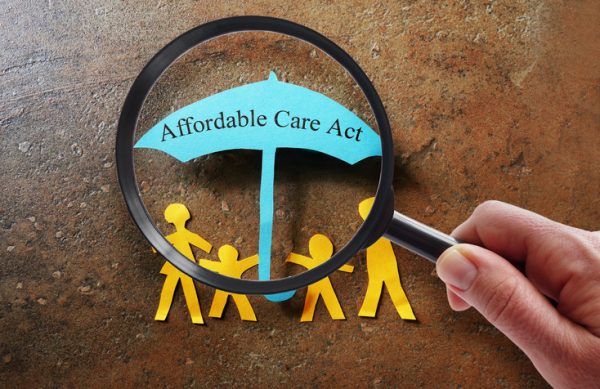 Last week, President Joe Biden signed the $1.9 trillion American Rescue Plan Act of 2021 into law, setting into motion some key changes for the Affordable Care Act, which passed when he was vice president.

The first major boost to the ACA is that Biden’s act encourages states that have refused to expand Medicaid to do so with financial incentives, said Timothy S. Jost, emeritus professor at the Washington and Lee University School of Law, in a phone interview.

The biggest one is the federal government’s decision to take on a greater share of Medicaid expenses, Jost said. The government’s share will increase by 5 percentage points.

In 2012, the Supreme Court declared the ACA’s mandatory Medicaid eligibility expansion unconstitutional. Since then, one of the biggest gaps in coverage under the law has been the 12 non-expansion states, Jost said.

“Some of [the states] are so deeply dug in politically that they are willing to cut off their nose to spite their face,” he said.

The next major provision that would bolster coverage under the ACA is the expansion of tax credits for those buying health insurance directly through the marketplaces.

Previously, to be eligible for tax credits that help reduce the cost of purchasing a Marketplace plan, households had to contribute up to 9.83% of their income to pay for health insurance premiums.

In addition, households with incomes greater than 400% of the federal poverty level weren’t eligible for tax credits.

Under the new act, individuals and families may be eligible for a temporary increase in premium tax credits this year, with no household having to pay more than 8.5% of their collective income for health insurance premiums. And for the first time, those with incomes above 400% of the federal poverty level will be able to get tax credits as well, in cases where premiums exceed 8.5% of their income, Jost said.

While helping working Americans, the American Rescue Plan Act also aims to ease the burden on the unemployed. Those who receive unemployment insurance in 2021 can receive a benchmark Silver health plan for free and enjoy cost-sharing reductions.

But the unemployed are the only group that will see reductions in cost-sharing, Jost said. For all others, though the act provides for lower premiums via expanded tax credits, the lack of cost-sharing options may still result in affordability issues.

“You could have a policy that [appears to be] affordable or free, but you still have to pay a lot in deductibles and co-payments and co-insurance,” he said.

One aspect of the ACA that is not addressed in the American Rescue Plan Act is the individual mandate, which required all Americans to buy health insurance.

The mandate, once a lightning rod for criticism against Obamacare, no longer exists for all practical intents and purposes.

“There is still technically a requirement to purchase insurance but there is no penalty and no enforcement mechanism,” said Cynthia Cox, vice president at the Kaiser Family Foundation, in an email. “So, it’s essentially repealed as far as everyday people are concerned.”

And it does not look like the Biden administration has any intention of enforcing it again, Jost added.

“It was so politically unpopular,” he said. “And as it turns out, it had very little effect on coverage.”

But the individual mandate is still the centerpiece of a Supreme Court case that aims to have the entire law struck down. In Texas v California, Obamacare opposers argued that since Congress reduced the penalty for not getting health insurance to $0, the individual mandate could no longer be considered a tax, making the entire law unconstitutional.

Central to their argument is the issue of severability. Obamacare critics posit that the individual mandate cannot be separated from the rest of the ACA. But five justices questioned that line of reasoning in oral arguments in November, indicating that even if the individual mandate is found to be unconstitutional, the law would be allowed to stand.

The ruling could come anytime this spring, said Cox.

“It’s not clear how the justices might rule, but after the oral arguments, legal observers tended to think the court might rule mostly favorably for the ACA,” she said. “If the court does overturn the ACA in whole or in part, then the Democratic majority in Congress will have legislative options to preserve the law.”

While the final fate of the law hangs in the balance, it appears that Biden is doing exactly as he promised during his campaign: boost the ACA and attempt to provide relief to those who were locked out of coverage amid the Covid-19 pandemic.