Going through their own pregnancies, founders launch hybrid maternity clinic 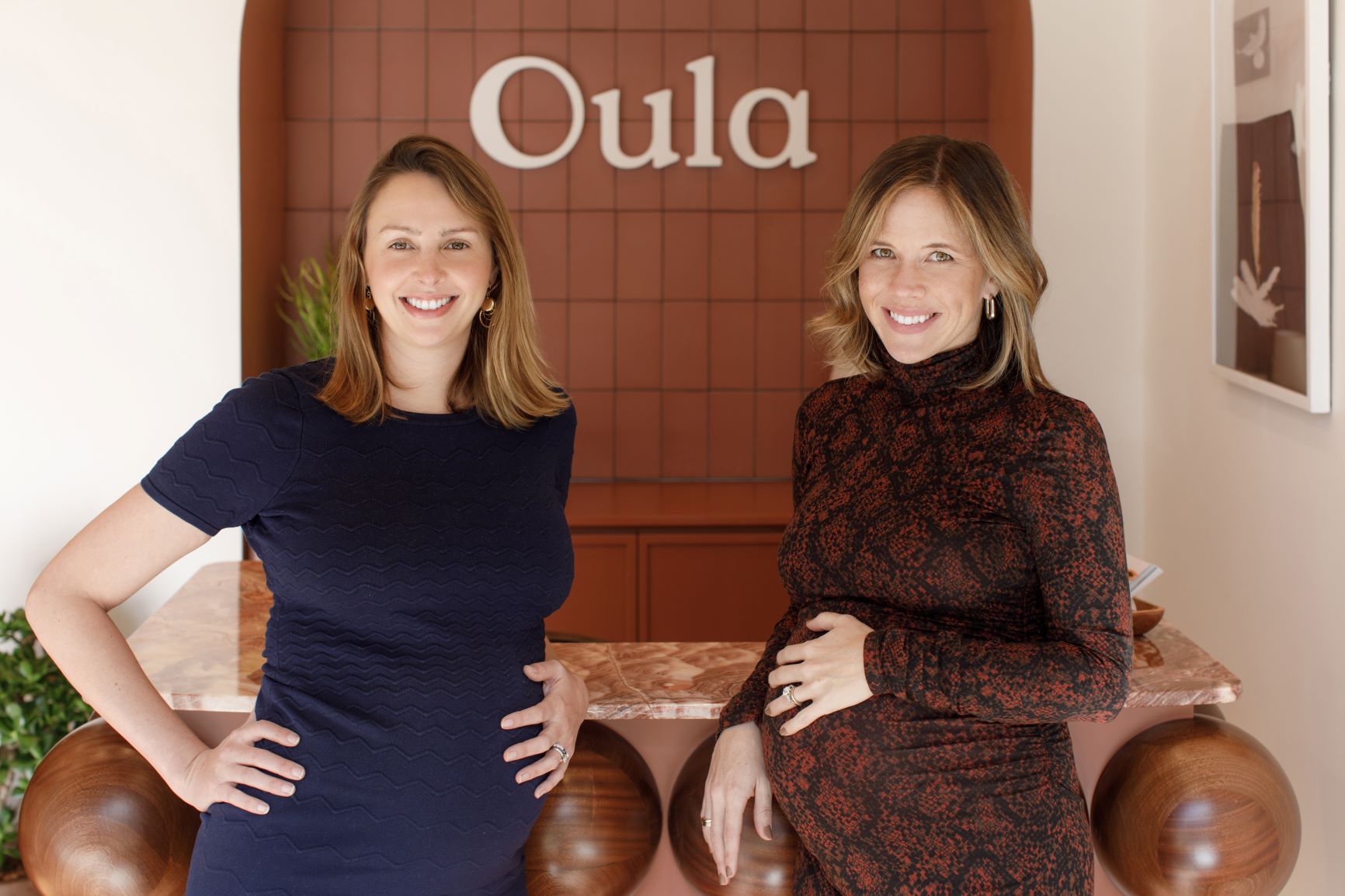 Going through their own pregnancies, Adrianne Nickerson and Elaine Purcell launched a maternity care startup to help other parents through the experience. Called Oula, the company combines virtual and in-person visits spanning the early stages of a pregnancy to postpartum care.

After raising $3.2 million in seed funding in October, they opened their first in-person clinic in New York on Tuesday. A big part of that plan was building a collaborative care model, where patients’ care is coordinated between OBGYNs, midwives, and other members of their care team.

Nickerson and Purcell, who both met while working for Deloitte, came up with the idea in 2019. They had started family planning around that time, and were beginning to read more about maternal mortality.

“We were a little bit floored with how bad things were. We felt like we needed to do something better,” Nickerson said in a Zoom interview. “It drives us forward to build Oula faster. We’re building it for ourselves at the same time as much as we’re building it for other women.”

In the U.S., maternal mortality rates are double that of other high-income countries, at about 17 per 100,000, according to a report by the Commonwealth Fund. For Black women in the U.S., the rate was more than twice as high.

A little over half of all pregnancy-related deaths take place after birth, where access to postpartum care varies widely, with some patients having their first checkup six weeks after delivery.

“From a personal perspective, it’s kind of crazy to me that we usually check up on a woman every month along the way and then (after delivery) typically they look at you six weeks later and then tell you good luck. They just sent you home with a baby and your whole body’s changed,” she said. “We wanted to check in earlier and more often through that initial transition.”

They saw telehealth as an easy way for patients to check in and to ask “is this normal” questions throughout that process. They also plan to add support services for patients who need therapy or lactation support.

Of course, parents also have a litany of decisions to make during a pregnancy, such as whether to hire a doula, and their preferences for labor and delivery.  Purcell said they designed the app to prepare patients for those key decisions and help bring up talking points with their care team.

“We’ve been hearing a ton of questions from patients about the Covid vaccine,” Purcell said. “We’ve definitely seen an uptick in that question given that New York State now allows all pregnant women to get the vaccine.”

Rather than modeling itself as concierge service, Oula takes insurance. Some of its backers include the Collaborative Fund, Chelsea Clinton’s venture capital firm Metrodora, and the founders of One Medical and Maven Clinic.