Government Money: The most effective weapon in the fight against Covid-19 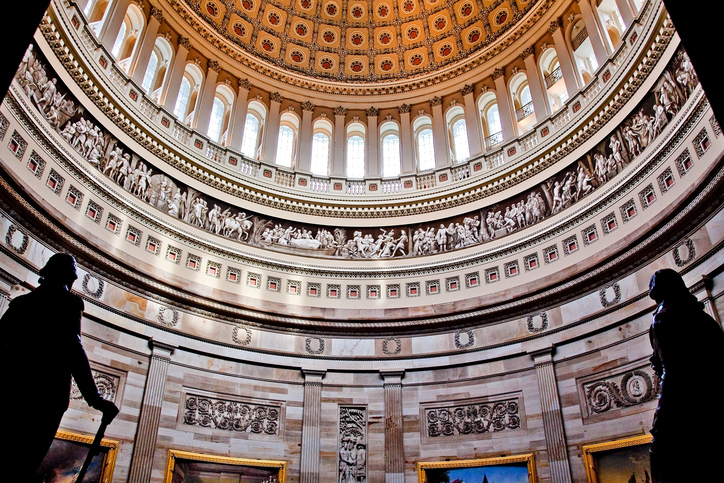 With the arrival of Covid-19 vaccines, we’re seeing the light at the end of the long, dark tunnel that was 2020. It is taking time to get everything organized, but (hopefully) Covid-19 should be a distant memory by this time next year.

The reason for that, by all accounts, was the rapid-fire development of the vaccines by Pfizer, Modena and others, the result of Operation Warp Speed (OWS). The US Government spent huge amounts of money either directly funding development of the vaccines, or for their testing, storage and transportation – as well as funding PPE manufacturing, syringe acquisition, and more. After development and manufacturing comes distribution – and the government has committed to providing inoculations to all Americans who want it by spring, at the latest.

The vaccines were developed in the midst of a bitter and divisive election. Although Joe Biden and Donald Trump don’t agree on much, they certainly agreed on the need for funding to combat Covid-19, and the Presidential proposals for the 2021 budget reflected that; billions were proposed in emergency funding to ensure that the virus is finally put down, and eliminated as a feature of American life. Regardless of whatever changes President Biden is implementing, the funding for OWS – and other life science research – is guaranteed to remain intact.

When it’s over and done with, we will have learned many lessons from our Covid-19 “year off” – and among those lessons will be this one: Money can’t buy you love, but it can certainly buy a treatment or cure for a major pandemic – if it is used wisely. If our fight against Covid-19 was a war to restore normality, it’s safe to say that the money that funded OWS won that war.

While massive resources were pumped into vaccine development, it should be noted that researchers didn’t start from scratch; the basic concept of how the Covid-19 vaccine works has been under development for some years now. OWS funding enabled researchers to extend their efforts based on previous work with mRNA treatments, one of the building blocks of the vaccines. Much of that prior research had been done by universities and big pharma firms, as well as by small biotech firms. Indeed, work on mRNA as a method to battle viruses has been ongoing since the early part of this century.

That, perhaps, is the most important lesson to learn from our Covid experience: If we want to be prepared for future pandemics, health emergencies, climate cataclysms, or anything else that could threaten the fabric of society, we need to do the work now – providing assistance to researchers who are working on the building blocks of technologies that will undoubtedly be useful in the future.

Research is a slow, painstaking process, and the companies doing that work need a steady stream of reliable funding to carry it out. This includes the same government funding that went into OWS – non-dilutive investments in biotech and health sciences R&D by US National Institutes of Health (NIH), BARDA, and other similar government agencies. Using that money, researchers will be able to follow where the research takes them – developing the technology we are likely to need later, as new threats crop up.

In 2019, the NIH invested over a billion dollars in early stage life science companies. According to the NIH, it was those investments in an earlier generation of then-small biotech firms – like Genentech, Illumina, 23andMe and Biogen – that enabled them to continue with their work and create the technologies that are now the building blocks of drugs to fight multiple sclerosis, treatments based on DNA, and others.

There is plenty of private funding available for biotech and life sciences, but government funding’s non-dilutive, grant nature doesn’t require companies to give up their IP, shares of stock, or a seat on the Board of Directors, features associated with private funding. Equipped with government funding, life science R&D firms can continue their work unimpeded – developing the technologies that we will need to solve the problems we are likely to face in the coming years.

The NIH received an increase in its 2021 budget – and it has a long list of projects it plans to fund, from research on artificial intelligence to development of biomarkers for neuromuscular disorders to Nucleic Acid Technology Development to research on enhanced pain management, and much more. Many people complain about the government – probably with good reason – but the policies surrounding non-dilutive life science R&D are policies that deserve praise, and are the ones that all politicians and leaders, no matter their party affiliation, will support.