Humacyte sets out to bring regenerative medicine to Wall Street, then the world 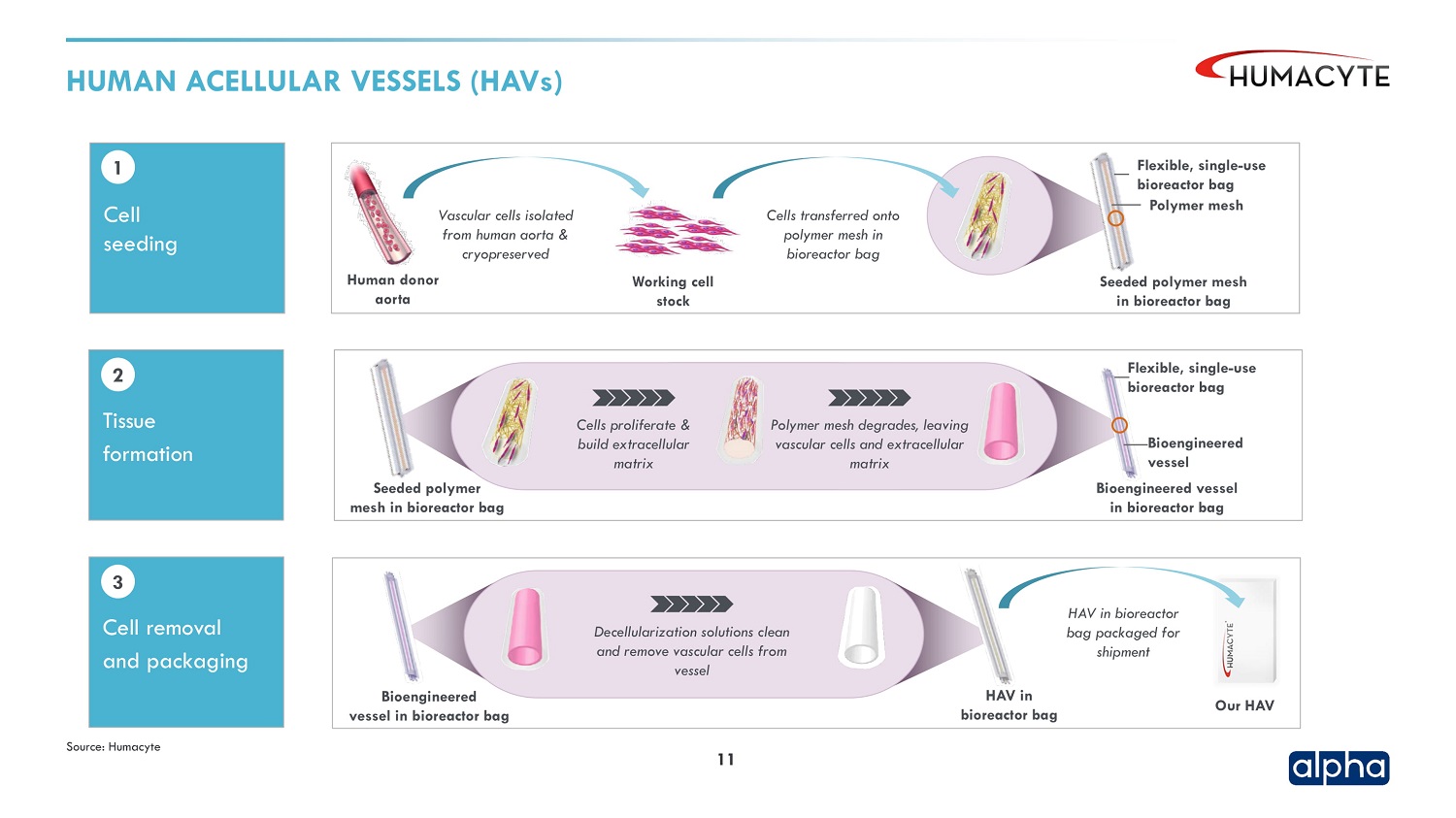 The options for patients needing new blood vessels come with tradeoffs. Harvesting a vein requires a second surgery and additional recovery time. Synthetic implants can be readily pulled off the shelf, but they introduce the risk of infections.

Regenerative medicine company Humacyte has spent more than 15 years developing human tissue that can take on the shape of a vein. Universally implantable, these bioengineered tissues are designed to perform just like a patient’s own blood vessels. The biotech is still in late-stage clinical testing, but it’s laying the groundwork for an FDA filing and product launch of its first product in two years. Now Humacyte is joining the public markets via a merger deal that infuses the company with capital to execute its plans.

Durham, North Carolina-based Humacyte has agreed to combine with Alpha Healthcare Acquisition (AHAC), a specialty purpose acquisition company formed as a vehicle to take other companies public. The deal values Humacyte, pre-merger, at $800 million. When the deal closes, the biotech will gain cash to finance its product development. AHAC has $100 million that will go toward the combined company. Other healthcare investors have also agreed to invest, committing to buy $175 million worth of shares. Minus expenses, Humacyte is expected to have $255 million to apply toward its regenerative medicine pipeline.

Humacyte develops what it calls human acellular vessels, or HAVs. These engineered blood vessels are made by isolating vascular cells from a human donor and transferring those cells to a polymer mesh inside a bioreactor bag. Those bags go in a growth drawer, where tubing feeds nutrients for the cells. As those cells proliferate, the mesh degrades leaving a matrix of vascular cells. The next step is to wash away the vascular cells, leaving a vessel—the HAV that is ready for implantation.

The HAVs are produced in Humacyte’s manufacturing facility, which has a modular configuration that offers room for expansion, according to an investor presentation. The company’s current production capacity is more than 40,000 HAVs annually. The plan is to make these HAVs at the Durham site and package them for shipment. Once produced, these engineered vessels have a shelf of up to 18 months.

Blood vessels are just one application of the Humacyte technology, which offers a platform from which the company plans to also address tissue reconstruction and replacement. But vascular applications are the first targets, where the opportunities include dialysis, peripheral artery disease, trauma, diabetes, and coronary artery bypass. Potential non-vascular applications including use of the engineered tissue in the trachea, lungs, esophagus, pancreas, and as a urinary conduit.

To date, Humacyte’s blood vessels have been tested in more than 430 patients at 60 sites in six countries. In the peripheral artery disease and trauma studies, none of the transplanted blood vessels have been rejected and no infections have been reported. In the dialysis study, the infection rate was 1%. The company has follow-up data going back 10 years showing that the HAVs transform into living blood vessels that are populated with a patient’s own cells. These blood vessels maintain themselves and can heal in response to injury, according to the company.

One case study highlighted in the investor presentation describes a 70-year-old man with severe blockage in a leg artery. No vein was available to perform a bypass, as it had already been used for a coronary artery bypass graft procedure. The patient was treated with an artery bypass using Humacyte’s HAV. After one year, medical imaging showed no significant narrowing at the site where the engineered vessel was grafted. Nearly two years after the procedure, Humacyte reported that the patient continues to do well and is walking.

The company plans to use the new capital to complete a Phase 3 study testing its blood vessels in dialysis access and vascular repair. Humacyte has other products in its pipeline. Some of the proceeds from the financing will be used for pivotal tests in and proof-of-concept tests in CABG and type 1 diabetes. The diabetes application involves forming a “biovascular pancreas,” a cell delivery system in which an HAV is modified with pancreatic islet cells to replicate pancreatic function. Humacyte calculates that the commercial opportunities for its technology top $150 billion across multiple indications.

The Humacyte technology is protected by 87 patents with additional patents pending. The company says it also has trade secrets and manufacturing know-how. This technology stems from the research of Laura Niklason, the company’s founder and CEO. Humacyte formed in 2004 while Niklason held faculty appointments at Duke University’s engineering and medical schools. Last fall, Niklason left the Yale University faculty to return to Humacyte as its full-time CEO.

To date, Humacyte has raised $480 million, including $150 million from Fresenius Medical Care. In 2018, the Germany-based company, which provides dialysis services throughout the world, made the equity investment and received global rights to commercialize Humacyte’s blood vessels for applications in dialysis access and peripheral artery disease. Fresenius operates 2,500 dialysis centers in the U.S. and is the largest provider of dialysis services in the country. The company says that this partnership reduces the commercialization risks for its first products.

Humacyte also plans to sell its HAVs to the Department of Defense, trauma centers, and hospitals. The filing notes that the large markets for CABG and the pancreas offer opportunities for other collaborations. The company also plans to seek partners for other products in its pipeline.

According to the investor presentation, the proceeds raised from the merger and the additional financing are expected to last through 2024. By that time, Humacyte expects it will have launched its initial products and developed additional product candidates from its pipeline.

The boards of both Humacyte and AHAC have approved the merger, which is expected to close in the second quarter of this year. Niklason will remain Humacyte’s CEO. AHAC’s chairman and CEO, Rajiv Shukla, will hold a seat on the combined company’s board of directors. Humacyte is expected to trade on the Nasdaq under the stock symbol “HUMA.”