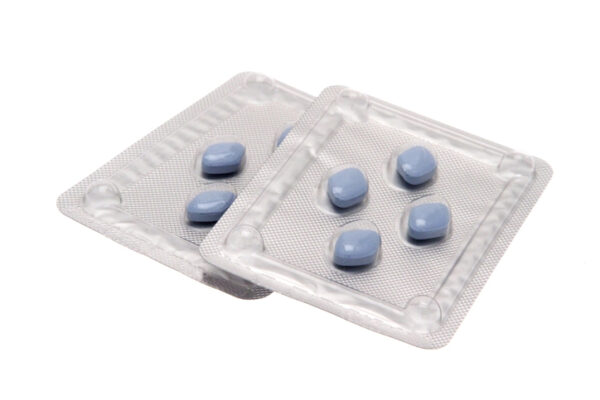 Drug brands are becoming more human, which means the expressions of those brands, from designs to messaging, are becoming more and more personable all the time. The pandemic has only accelerated things, in part because perceptions of the industry have greatly improved because of their vaccine efforts. The downside, like with any overdone trend, is that too many of these brands are starting to communicate like they’re your friend — with visuals and text that convey the same sort of approachable tone.

Strangely enough, Viagra may be partly to blame.

When it was introduced in the late 1990s, its positioning and messaging was ahead of its time, offering a real and humanized message of hope to everyone, not just the doctors that prescribed it. It’s a playbook that many drug launches still use to this day, often without truly understanding if it’s the right fit. For healthcare and pharmaceutical brands, being too friendly or too human doesn’t just run the risk of being the wrong stylistic choice; it can erode trust between the company and its audience.

Human-centered brand building is essential — everything you express with the brand visually and verbally should be true to its mission and have a healthy dose of respect for its audience. But the pharmaceutical industry, with the potential to ride a wave of Covid vaccine goodwill, needs to carefully ride the line between being human and being “true,” finding an authentic identity rather than following the same old formula.

Viagra: the downside of success
Even now, Viagra’s branding and marketing stands as one of the most revolutionary success stories in the industry. It was one of the first brands that was marketed directly to potential patients, encouraging them to go talk to their doctors about a condition that many did not view as a medical condition at the time. It has endured because its introduction to the public was executed strategically and with humanity and empathy, not just superficial friendliness. Viagra took a drug that was originally a failed treatment for high blood pressure and created a positive national conversation around impotence with a term they created: “erectile dysfunction” — a phrase synonymous with that brand to this day.

This term gave people a language that opened up a transformative conversation. Men wanted to talk about it because they either had it or were worried about having it. Viagra reinforced that it wasn’t a psychological problem, and there was something they could do about it. Women who were worried about their partners also took part in the conversation. It was fascinating to hear people be able to talk about it because they finally had the right language. The stigma that erectile dysfunction was psychological suddenly changed, and many more men felt comfortable talking about it, knowing it was a real, physical issue. All Viagra’s touchpoints gave patients the language to be able to express their concerns and became part of the cultural lexicon in the process.

Viagra never told patients they were less than, or broken, and or that they needed Viagra to fix them. Instead, its language was empowering. And it didn’t need to pretend to be your friend for that message to feel human and authentic.

Unfortunately, many companies learned the wrong lessons from this success. Instead of understanding the human-centered context of a condition and treatment, and building a brand to serve that context, they started following the exact same Viagra playbook, expecting the same results. Now, the healthcare and pharmaceutical worlds are filled with brands that talk like they want to be your friend without the actions or purpose to back it up as well as the frankness and true understanding that was so integral to Viagra’s brand identity. Viagra was supposed to be an inspiration for other drugs looking to build relationships. Instead, with each new drug brand launch, companies are seeing less and less impact.

Finding a new way
It’s not that these brands looking to repair their reputations leveraging the current positive sentiment shouldn’t be approachable or accessible, but without the right content and tone, they can come across as inauthentic or overbearing. In the case of some pharmaceutical brands and the drugs they create, that same familiarity can be read as divorced from the reality of the treatment or condition. “Everything is going to be okay” is not honest messaging when dealing with many complex drugs, even if that messaging has worked in the past. As vaccines are administered worldwide, truthfulness is a key consideration in an era of mistrust.

On the other hand, brands shouldn’t be the “anti-Viagra” either, eschewing humanity by using the high stakes associated with medicine to instill fear in their audiences and drive sales. The industry has to think more creatively and resist the urge to oversimplify — the trope of a person climbing a mountain following treatment or a patient being equated with a superhero —  instead of doing the work of coming up with a strategy that’s tailored and real. That’s where the discipline of branding comes in, making sure that everything being communicated is true to a brand’s purpose and people’s experiences.

As pharmaceutical brands look to a post-pandemic future where the world finally sees them in a more positive light, it’s important they take lessons from successes like Viagra and apply them in the right places. In doing so, they can embrace a truer expression of who they are and what they offer, showing a clear understanding of patients’ needs. Of course, brands have to sell products, but that doesn’t mean they can’t also provide true human-centered value. With a more human approach, these companies have an opportunity to acknowledge the complex realities of their products and consumers, allowing them to walk that line between “friendly” and “honest” which in turn can lead to them becoming an iconic, more humanized brand.