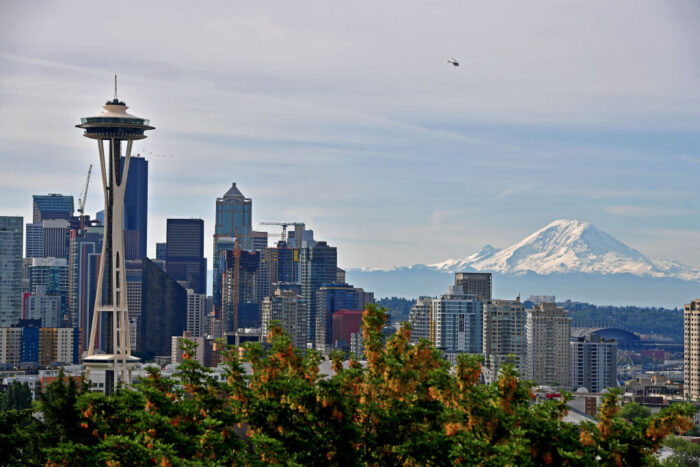 Advancing a single biologic drug candidate to clinical trials on a fast-track timeline is a tall order for many biotech startups. Sana Biotechnology has quietly built a pipeline of 11 preclinical cell and gene therapies and it aims to bring five of them into the clinic next year.

That ambition now has plenty of capital to support it. Seattle-based Sana raised $587.5 million from its initial public offering.

Sana priced its upsized offering of 23.5 million shares at $25 apiece. That’s significantly more than the biotech initially planned. When it set the terms of the offering last week, it projected selling 15 million shares in the range of $20 to $23 each. Shares of Sana closed Thursday at $35.10 apiece, up more than 40% from the IPO price.

Several cell and gene therapies have won FDA approval in recent years but these new treatments aren’t without drawbacks, Sana says in its IPO filing. These therapies are ferried to their destinations on adeno-associated viruses (AAV). Such viruses aren’t very targeted, making it difficult to deliver a therapy to a specific tissue or organ. The lack of specificity necessitates higher doses, which raises the risk of toxic effects from the virus. These engineered viruses also have a limited payload capacity.

The in vivo therapies employ fusogens, a class of proteins that mediate how cells fuse, enabling the payload of one cell to enter another. The novel coronavirus offers an example of fusogens in action, Sana says in its IPO filing. The spike protein on SARS-CoV-2 targets cells that have the ACE2 receptor on their surfaces. That protein fuses with the cell membrane of the host cell, allowing the genetic material to be released inside.

Research that elucidated the role fusogens play in mediating intracellular traffic was awarded the 2013 Nobel Prize in Physiology or Medicine. Sana is building on that science by engineering fusogen proteins with the ability to target numerous cell surface receptors, enabling the delivery of a therapeutic payload to various cell types.

Once Sana has developed a fusogen for a particular cell type, it can use that fusogen to deliver a variety of payloads to that cell, according to the the filing. That means success delivering a therapy to liver cells for one disease will enable the company to quickly move forward using the same fusogen to address other liver diseases. In addition to liver cells, the company’s initial targets are T cells and hematopoietic stem cells.

Sana is working with fusogens to which humans generally do not have pre-existing immunity. It’s also working with fusogens already found in humans, so these proteins are less likely to trigger an immune response. In its research so far, Sana said it has used its technology to deliver DNA, RNA, proteins, and organelles. The company claims its technology offers payload capacity about twice that of AAV, which would enable the delivery of multiple genes.

Ex vivo cell therapies pose a different set of challenges. When cells are introduced into a patient to replace damaged or deficient ones, it’s difficult to ensure that the replacements get to the right place and function properly. Also, for these cell therapies to last, they need to overcome rejection by the immune system.

Sana aims to avoid rejection by using its hypoimmune technology, which enables the creation of “universal cells.” These cells, derived from human pluripotent stem cells, are engineered to evade detection by the immune system. Those engineered cells can then be differentiated into the desired type of cell to address a disease.

The most advanced Sana hypoimmune programs are for cancer. The company is developing CAR T therapies that are allogeneic, meaning they’re made from donor cells. The hope is that these therapies avoid graft versus host disease, a condition in which the immune system attacks transplanted T cells. Sana has tested this type of cell therapy in mice. The company expects to seek FDA clearance to begin human testing as soon as next year, according to the IPO filing.

Other disease targets for the technology include type 1 diabetes, central nervous system disorders caused by missing cells, and heart disease. Sana has conducted preclinical research in those three areas and it expects to be ready to seek FDA permission to proceed to human testing in 2023.

The most advanced Juno program, a CAR-T treatment called liso cel, remains in the BMS pipeline but has suffered setbacks and delays, trailing CAR-T therapies now available from Novartis and Gilead Sciences. Even if the BMS therapy reaches the market, it could be eclipsed by other approaches in development, including Sana’s, that offer advantages compared to currently available CAR T treatments.

Sana was founded in 2018 but it has kept mostly quiet about its work until the past year. Even when the company revealed last June that it had raised $700 million total since inception, it revealed few specifics about its technology.

The IPO filing shows that Sana’s science is rooted in multiple sources. The in vivo cell engineering platform is from Cobalt Biomedicines, a startup founded within venture capital firm Flagship Pioneering. Cobalt, which was developing fusogen technology to deliver various payloads to targeted cells, was acquired by Sana in a 2019 stock deal valued at $136 million, plus up to $1 billion in milestone payments.

Sana licensed the ex vivo cell engineering platform from Harvard University, which received $3 million up front plus 2.2 million in preferred stock. In addition to paying annual license maintenance fees, Sana could be responsible for as much as $76 million in milestone payments for up to five products covered by the license agreement. Acquisitions that fall under the ex vivo umbrella include Cytocardia, which was purchased in 2019 for $8 million and Oscine, for which Sana paid $8.5 million last September.

In the nine months ending Sept. 30, 2020, Sana reported spending $153.8 million on research and development, a nearly 92 percent increase compared to the same period in the prior year. Sana plans to use about $190 million for the development of the biotech’s in vivo cell engineering technology and product candidates. The sum is expected to support completion of preclinical research on each of those candidates, allowing the company to advance three of them through proof of concept in human studies.

Sana expects to spend about $80 million on manufacturing of its experimental therapies. An estimated $40 million is set aside for funding R&D that could broaden the scope of the company’s engineering platforms, for both ex vivo and in vivo applications.