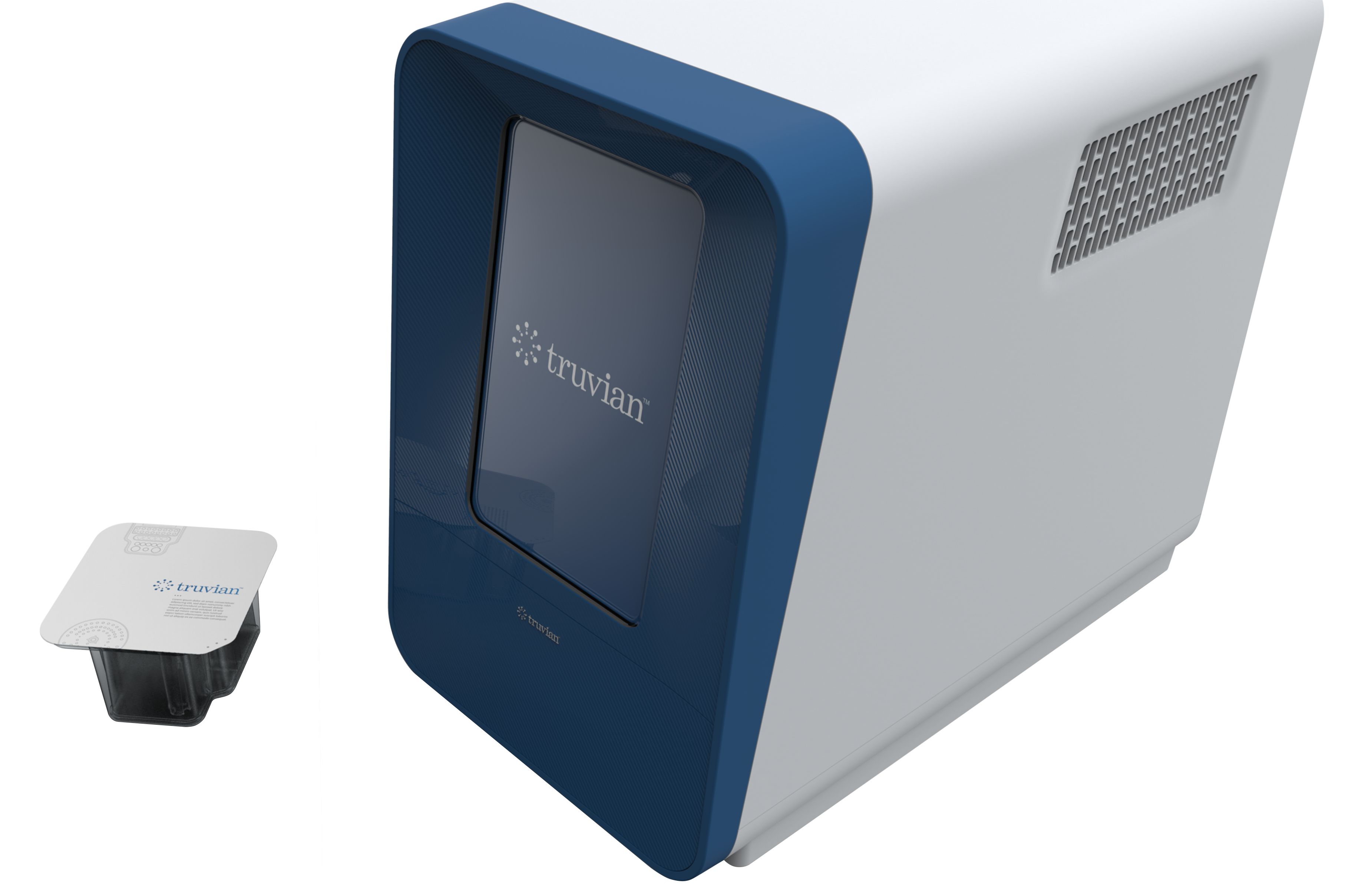 The San Diego-based company plans to use the funds to seek 510(k) clearance and a CLIA waiver from the Food and Drug Administration, with plans to make its first regulatory submission before the end of the year. The company will also look to double its 87-person team, including its recent hire of Jay Srinivasan, former vice president of automation and informatics at Abbott.

The idea, CEO Jeff Hawkins said, was to take what’s in multiple machines in large reference labs, and cram it down into a small device.

Of course, that’s easier said than done, as witnessed by the fall of former blood testing unicorn Theranos, which infamously claimed it could run 200 tests using a single drop of blood. But unlike Theranos, Truvian is seeking regulatory clearance from the outset, and bringing in laboratory experts to validate its approach.

“When you ask engineers—they would tell you it’s easier to build something in a larger form factor. Shrinking something down adds complexity, adding multiple modalities adds complexity,” Hawkins said in a Zoom interview. “It’s when you try to bring them all together and do this all on a single sample, you have to build a company that’s inherently good at making high-volume consumables, software and assay development.”

As it approaches its FDA submission, Truvian plans to ramp up clinical trials and manufacturing of cartridges for its device.

TYH Ventures, 7wireVentures and Wittington Ventures led the oversubscribed series C round. But moreso than the funding itself, Hawkins said he was excited about the investors that would be joining Truvian’s board, including 7wireVentures managing partner and Livongo founder Glen Tullman, former Walgreens Boots Alliance CEO Greg Wasson, and Wittington Ventures Partner Megh Gupta.

Truvian’s goal is to bring its device into retail clinics, pharmacies and corporate clinics, such as One Medical or Crossover Health. Given the outsized role retail pharmacies including CVS and Walgreens have played in Covid-19 testing, and now vaccination, Hawkins expects to see them further invest in diagnostics.

Like other diagnostics startups, Truvian has also seen increased interest from investors since the start of the pandemic.

“The important role diagnostics have played in managing the pandemic, it’s put a bright spotlight on the value of diagnostics and it’s also put a bright spotlight on — we don’t have machines everywhere in the country. We have this highly centralized infrastructure,” Hawkins said.  “Those trends that got very visible with the pandemic also drove the most significant shift I think I’ve seen in 10 years in terms of the investment interest in point-of-care diagnostics.”